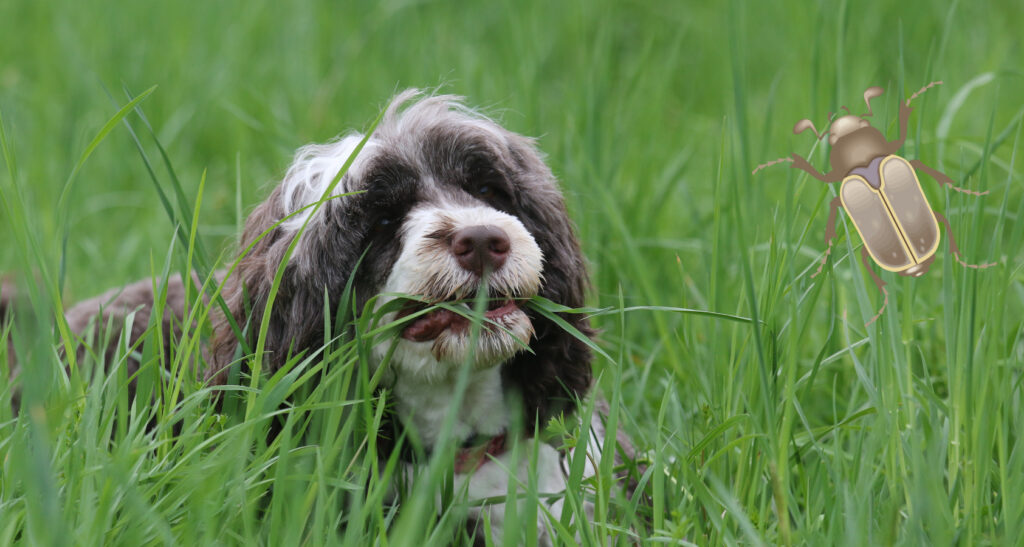 A few years ago, the image of Bailey (a dog) with dozens of beetles in his mouth caused panic among pet owners across the country. It turned out they were Asian Lady Beetles which are reputed to be harmful to pets. Fortunately for the pictured dog, a vet removed the beetle and the mouth healed. But the incident triggered concern among pet parents: are beetles poisonous to dogs?

Read on and discover if beetles are poisonous to dogs. You will also learn to tell if your dog has consumed poisonous beetles and what to do about it. But first, let’s learn why dogs eat them.

If you’ve been with your furry buddy for a while, you already know that dogs can gobble up strange things. Therefore, you wouldn’t be shocked to find your dog chomping a few critters. The problem is that some beetles could be poisonous, and it is critical to contact a vet immediately when you notice them. The vet will identify the beetle, determine if the case is severe, and give or recommend safe treatments like activated charcoal.

But why do dogs eat beetles?

It boils down to simple curiosity. Cats are not the only curious companion animals. Dogs also love to chase little creatures and explore different tastes. There is nothing wrong with your furry buddy when she does that. But if they develop a liking for beetles, or eat too many at once, there could be a problem. If you’ve noticed this behavior, call a vet and talk about it.

Some Beetles Could be Harmful

It’s perfectly normal for your furry buddy to explore the taste of one or two beetles every once in a while. But some insects have defensive mechanisms that could harm predators like your dog. Spiders, stink bugs, boxelder bugs, and some varieties of beetles have evolutionary responses to counter danger and they could hurt a curious pet.

Beetles are of special interest not just because of Bailey’s viral photo, but because there are dozens of varieties in America. During the warm months, beetle populations across America soar. Some beetle varieties attract dogs, but they could be harmful. Here are some of the most common harmful beetles and how they could hurt your dog.

Asian lady beetles are excellent pest control agents. They feed on parasites like aphids and mites. They are colorful beetles, prevalent throughout much of the US except for states like Montana, Wyoming, and other parts of the Northwest. It is not unusual to find ladybugs in swarms of thousands where there is plenty of food (pests like aphids). This is exactly what happened in Kansas (where Bailey hailed from) back in 2015.

How Ladybugs Could Hurt Your Dog

If your dog quickly gobbles down a few ladybugs, it will probably look for water to wash down the awful taste, and nothing will go wrong. However, if your dog takes a bite with too many beetles (like Bailey), swallowing would take longer and that’s where the danger lies.

When attacked, Asian lady beetles release a stinky, sticky, and corrosive chemical known as hemolymph. This chemical would cause the ladybug to stick in the mouth and burn the surface. It is extremely uncomfortable and painful for the dog and can result in mouth sores or destroy the lining of the gastrointestinal tract. If untreated, the wounds could become infected and endanger your dog’s life. 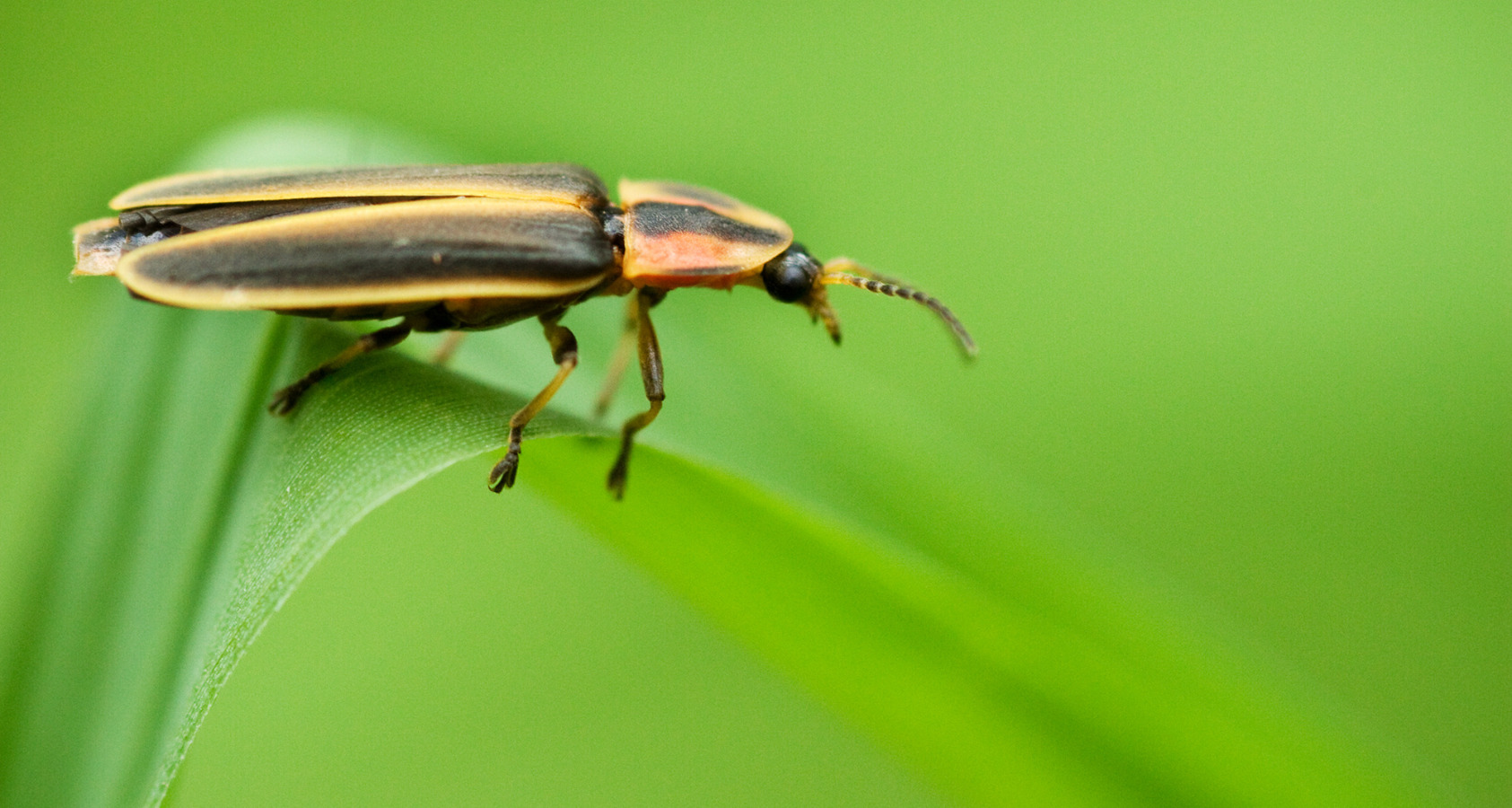 How Blister Beetles Could Harm Your Dog

Like the ladybugs, blister beetles also repel predators through chemical warfare. They release a toxic chemical called cantharidin. Contact with cantharidin causes chemical burns on the skin. When ingested, the chemical can cause severe disturbance in the gastrointestinal system. Ingesting large quantities of cantharidin could be fatal.

Blister beetles are dangerous even when dead. Cantharidin is present and potent whether the beetle is dead or alive. The chemical is persistent and can withstand extreme temperatures, and mechanical and chemical treatments. Therefore, it is crucial to keep livestock and pets away from alfalfa that has or is suspected to be infested by blister beetles.

They are scavengers and mostly live low-key lives under decaying carcasses. Most carrion beetles have camouflage colors like brown and gray and often go unnoticed. However, some have bright colors and are visible to predators. But the bright colors also warn predators that they could be poisonous. American Carrion species are prevalent in regions east of the Rocky mountains. You will also find large populations in areas like eastern Texas and Florida.

How American Carrion Beetles Could Hurt Your Dog

Like their cousins, carrion beetles also secret strong-smelling chemicals when threatened. The chemical is often offensive to predators. But unlike their cousins, these beetles can go on offense. They can spray the chemical at an oncoming threat like your curious dog. The secretion causes chemical burns on the dog’s face and muzzle. If swallowed, the chemical can cause severe disturbance in the digestive system.

Overall, there are more than 30,000 beetle species in the US. Most are harmless. But the above lead the pack of poisonous varieties. More than identifying them, you should know the symptoms and what to do if your dog swallows these harmful beetles.

Signs That Your Dog has Consumed Poisonous Beetles

Do you live in areas with a heavy beetle population? Do you often leave your dog unsupervised? If the answer is yes to both, the chances of encountering poisonous beetles are high. Here are some signs that will tell you there is beetle trouble.

What To Do if There is Beetle Trouble

Call a vet for help! That is the first and most important thing to do when you suspect your dog has encountered beetle poisoning. The vet will take the dog through appropriate treatment procedures. They will begin by assessing and ascertaining it is a beetle encounter. After identifying the type of beetle and possible damage, they will proceed to remove any stuck beetle, neutralize any hemolymph, disinfect wounds and accelerate healing.

After visiting the vet and getting treatment, the following tips will help your recovering pooch and prevent future encounters:

Are Beetles Poisonous to Dogs? A Final Word

It is not abnormal for your furry buddy to munch on a few critters. On the contrary, it could provide extra protein and minerals. But do not encourage it – the risks often outweigh the benefits.

Whereas not all beetles are poisonous, some are harmful and it’s hard to tell them apart. Extreme beetle-dog encounters are rare. However, there is a chance that it could happen. Just remember to reach out to a vet for help in case it happens.

But more important is to avoid such encounters. Teach your dog to eat only what you provide. Regularly clean your garden, backyard and playground to keep the insects away. Also, quench their curiosity with sufficient exercise and enrichment activities. 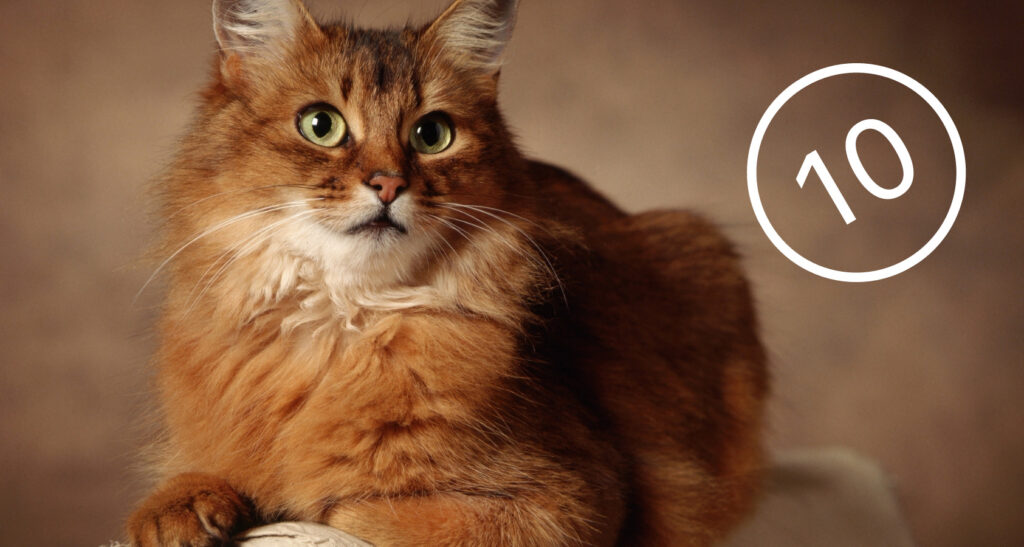 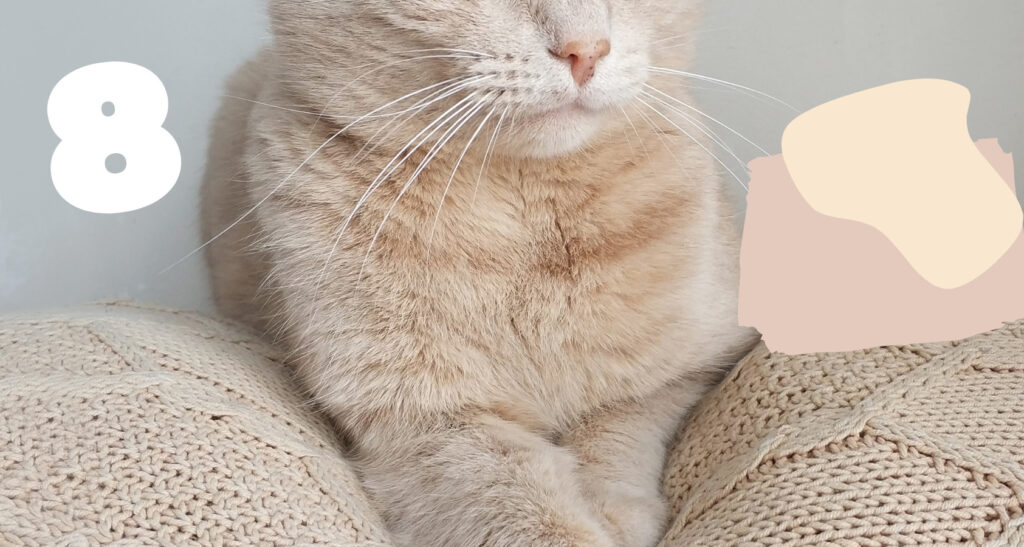